Not all people value team meetings to the same extent.

Some use meetings or team meeting activities to communicate better and clarify misunderstandings. Others might see them simply as ways of updating the team or client on the project status.

The latter, though, don’t really focus on the bottom line: getting things done effectively.

Now the only big issue is that not all project managers and teams have the ability to make the most out of a team meeting.

Or rather, they don’t know how to organize one that’s truly rewarding…

So what do they do?

They stick to the routine of daily or weekly stand-up meetings and those all-too-common meetings about other future meetings.

TIP: When it comes to time management and personal productivity solutions I tried, what worked to overcome procrastination was to get to the root of it and understand what was driving it. Read this article that includes tips to stop procrastination.

Team meetings should be all about getting things done within the project deadline, budget, and quality standards.

This means no slack-offs like asking about your colleague’s next trip, no late starts, no “crickets” after someone has shared an opinion, no leaders taking over the entire discussion, and no other time stealers.

It’s not just your productivity that’s affected though.

Companies waste a whopping $37 billion each year on no-purpose team meetings alone. That’s just for the US, by the way. And the cost of meetings is not just monetary. Unproductive meetings can reduce work satisfaction rates and determine more people to quit their jobs. Seriously. Just check out this study on the effect of participation on meetings and employee engagement.

If you’re already caught up in this maze or maybe you’re just looking to make your meetings even more efficient, check out these actionable tips for holding effective team meetings:

To prove the role of meetings in your company, define when you’re supposed to hold them, for how long, and what the urgent matters that need to be solved are.

You can state that a meeting should be called only if it has a purpose.

This ensures you’ll no longer bring your team together just because it’s time for that daily meeting you’ve planned in your schedule, even if you don’t really have anything to discuss.

If you’re using one of the tools from this list of project management tools, you can avoid certain meetings. This is because most project-related problems and inquiries can be discussed within such tools.

Or maybe you want to eliminate regular stand-up team meetings and stick to debating issues that need immediate feedback.

Just replace the “What I did yesterday” and “What I’ll do today” sections of your Scrum meetings with a communication channel like Slack. Then, have a meeting to discuss how project issues can be fixed.

That’s it. A daily team meeting that’s reduced to half its usual time.

Create a guideline for holding project meetings. One rule could be that no meeting will exceed 30 minutes. Start with discussing the urgent things and leave what you didn’t manage to tackle for the next time. A good Pomodoro app with the work session set at 30 min instead of 20 min should do the trick.

Keep everybody active in the discussions 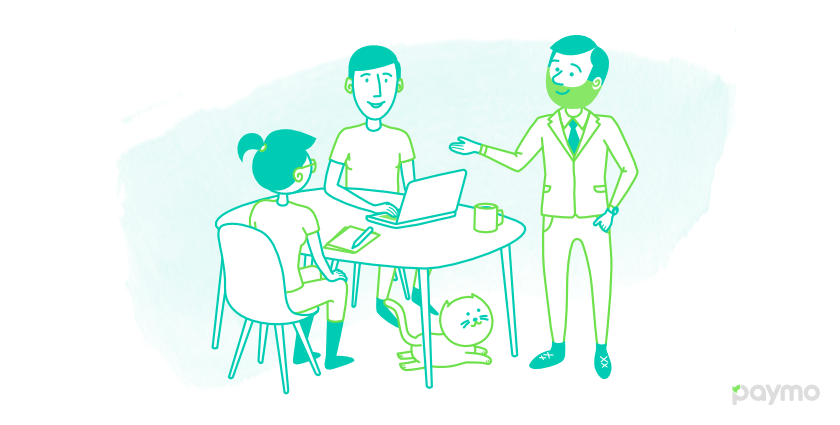 Many issues go unresolved simply because they’re not discussed. How else are you going to find a problem if not by letting your team members bring them up?

To keep everyone engaged, spread your questions evenly and get the entire team to answer them. This guarantees that all employees get to say something at least a few times. Change the questions and their timing for more engagement.

Knowing that they can be addressed a question at any time makes employees more likely to actively listen and take part in the team meeting.

Encourage people to ask questions and have their voices heard. Having every single member contribute to the meeting will also make them feel more valuable and raise their accountability.

If you’re using video conference tools, make sure that nobody has technical issues. Employees could use this as an excuse to turn off their cameras and be less active in the conversation.

Nobody wants to sit through a team meeting where there’s only one person speaking. Mainly because you’re going to be half asleep through them.

While the need for a facilitator is crucial to keep meetings on-topic, this person should never take over the entire discussion.

If people are left at the end with dozens of unanswered questions and unclear duties, you’re doing it wrong.

Instead, as a meeting organizer, your main role is to guide everyone through the discussions so they can each bring valuable feedback and solutions to a problem.

Set one clear objective for each team meeting

People are more likely to attend a meeting if they know it’ll be a productive one. To ensure this, set a single clear objective or reason for holding it.

Your meeting’s purpose can be to help plan next week’s tasks, a future newsletter, a new website design, get your developers’ feedback to fix an imminent bug, or another actionable goal.

To keep everything organized, create a team meeting agenda. This document contains all discussion points ordered after their appearance and is sent before the meeting so people will have enough time to prepare for it.

You can also ask your team to think about possible topics and ideas they will later discuss in the meeting so no time is wasted on brainstorming.

When sending emails to inform your team about the meeting, avoid vague subject lines like “Today’s meeting” or “Project meeting” and add tags to highlight the meeting’s topics, department, and other details. Examples: #budget, #marketing, #design, #sprintplanning, etc.

Now the problem is that employees can’t just overlook a team meeting reminder. They get the message for the next meeting. They attend it. And often just wait for it to end.

Because not all meetings are meant for your whole team. Your marketing department might have nothing to do with the urgent meeting you called to fix a browser rendering issue.

Similarly, having too many people in a team meeting can be a concern if you’re a project manager looking to get quick, actionable feedback. Holding a conversation with more than 6-8 people is more difficult and usually proves the organizer didn’t choose the right team members for the meeting.

If a simple issue needs to be fixed, don’t call the entire team. Hold a one-on-one meeting with one or two of the employees who can immediately fix a problem. You can also opt for this type of meetings for status check-ups and further feedback exchange.

If you’re barely getting a few hours for work because you’re called to the next meeting, then it’s about time you lowered their number.

You might already be used to having a team meeting every 3-4 hours, though. So it could be more difficult to stick to the new schedule. Start by putting down everything you wanted to discuss and hold a single meeting at the end of the day. This way employees won’t have to interrupt their work several times.

You can also learn how to prioritize your meetings by distinguishing between issues that need immediate attention and those that can be postponed. For this, use methods such as the Eisenhower Decision Matrix or the Pareto Principle.

No meeting is successful until what you’ve decided upon is put into practice.

As a project manager, you’ll also need to draw a conclusion on each argument, recap the key discussion points, and direct future activities so that the meeting’s results are applied.

Remind your team members of their duties, create tasks, and make sure they are being completed in accordance with what you’ve talked about in the meeting.

Ending a discussion with no documentation to follow is a huge mistake that can put a meeting to waste. Yet, fixing this problem can be just as easy as sending your team an email memo with all discussed points, future responsibilities, priorities, and deadlines.

Now that you know what it takes to keep your team meetings organized and efficient, what are you going to do next?

Go through the tips above, see what you’re doing right and wrong, and fine-tune them so that you’re actually getting things done during your meetings instead of just waiting for time to pass.

How To Find Work Motivation When You’re Lacking The Determination

A Comprehensive Guide on How to be Productive at Work